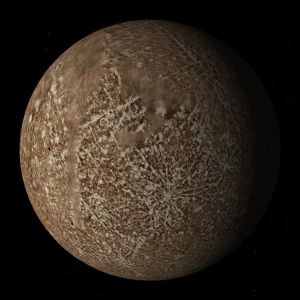 Mercury is the closest planet in our Solar System to the Sun. Mercury is a barren, rocky planet that that is littered with craters. The solid ground and low gravity make it ideal for a spaceship landing. The planet to this date has only been visited by two unmanned probes probes.