Difference between revisions of "Universal MMU" 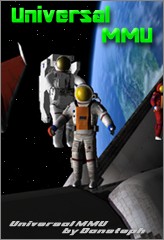 The Universal MMU or short UMMU is an add-on SDK, allowing an easy implementation of EVAs and crew transfer, based on the DeltaGliderIV project. 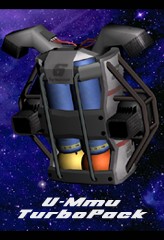 The Universal MMU is a generic spacesuit with enhanced maneuverability.

It has can grapple objects and move them.

The UMMU package comes together with a SDK, which you can find in the example contained in the documentation folder(".\Doc\UMmu_SDK\UMmu_ShuttlePB_Example"). The library "UMmuSDK.lib" is linked against the 2005 version of visual C++, which means that VC6 users need to include the VC2005 Express standard libraries instead of the VC6 standard libraries.

You are not allowed to include the UMMU files and modules in your add-on, for avoiding version conflicts when UMMU add-ons include older files.

Also, the UMMU license demands full compatibility with the included SDK for add-ons, not permitting add-on developers to limit the functionality of UMmu. This is meant for avoiding disappointed UMMU users.

This article is a stub. You can help Orbiterwiki by expanding it.
Retrieved from "https://www.orbiterwiki.org/index.php?title=Universal_MMU&oldid=10740"
Categories: