The Space Transportation System (STS), also known as space shuttle, was developed by NASA as a means to move both men and material into low earth orbit. At launch the space shuttle is attached to a ET (external tank) an two SRB (solid rocket booster). The SRB jettison at 126 seconds in-flight and fall back down to earth where they will picked up and refurbished for another launch. The ET will not be reused. 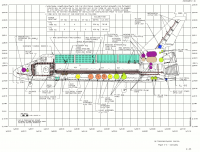 Crosssection of a STS orbiter, highlighting tanks and hydraulic systems 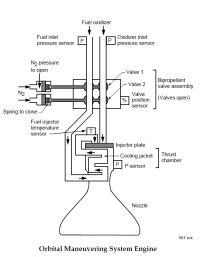 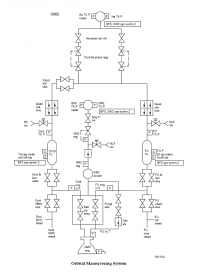 However, her next mission following STS-107 was STS-118 which was going to ISS to deliver and install the S5 truss segment. She was also capable of 16-day Extended Duration Orbiter(EDO) missions thanks the EDO cryokit in her payload bay.

Endeavour(OV-105) was built as replacement for Challenger utilising spare parts NASA opted to build along with Discovery and Atlantis. Endeavour was the first orbiter delivered with an EDO capability and a 40 ft diameter drag chute used after touchdown to brake the orbiter on the runway.