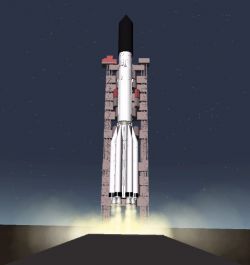 Proton K lifts off from Baikonur 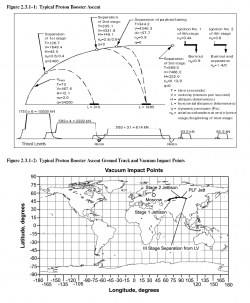 The Proton K is the three-stage version of the Proton launch vehicle used for lofting 20-tonne payloads to 51-degree LEO. Salyut, Mir and the ISS service module have all been lofted via Proton K.

CVEL-based GPDS support enables addition of a fourth stage (such as the included Fregat) for heavy GTO missions or indeed moonshots as a four-stage version was used for the Soviet circumlunar man-capable flights.